We have a bit of a dilemma, in that we only received 22 prompts for our 2017 Dark Witches fest. I don't want to put on a fest that nobody is interested in, so I thought I'd ask the community what they thought the best course of action was. Since the fest hasn't run since 2013, I think the problem is that we haven't got a lot of the newer people to fandom.

I'd be very grateful if you could take part in this short poll :)

Open to: All, detailed results viewable to: All. Participants: 20

What do you think is the best option?

If you think we should extend prompting, how much longer should we give?

Any and all comments will be very much appreciated ♥

PROMPTING IS OPEN!
Welcome to the 2017

darkwitches prompt fest! We are a Harry Potter fic and art fest focusing exclusively on dark femmeslash pieces. All femmeslash pairings are welcome. This is our prompting post!

darkwitches 2017! We are a Harry Potter fic and art fest focusing exclusively on dark femmeslash pieces. All femmeslash pairings are welcome. All works you see here will contain material that is unsuitable for those under the age of 18.

hp_darkarts, is having their annual HP Horror Fest! They're currently prompting, so head on over there and leave them some lovely dark prompts! 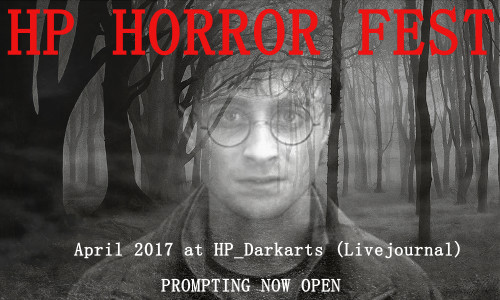 I'm happy to announce that

darkwitches is returning this year for it's third round! There is one major change, and that's the style of the fest. The last two fests were exchange fests, however I think this time we'll try it as an anonymous prompt based fest.

As such, the timeline is as follows:

Rules and pimping banners will follow in the next few weeks. I really hope you'll join me for this year's fest!

We would love for you to bring your dark femslash to HP Horror Fest. Prompting has been extended for another week, so please do come along and leave some prompts and keep an eye on the comm for claiming. Enjoy! 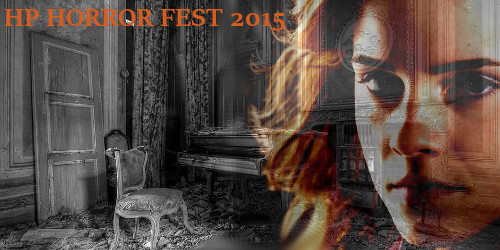 darkwitches is pleased to announce a brand new affiliate - 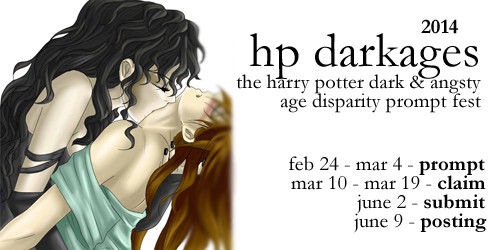 It's a brand new fest focusing on the dark and angsty side of pairings with an age disparity, and they've just opened claiming! All pairings have a 10 year age disparity and there are loads of lovely prompts to choose from, so you should hope on over there and check them out!

It's a really fun and unique competition, sort of like a much larger LDWS, inspired by one word prompts allowing for a variety of characters and pairings :D If you like a good time, you should definitely check this out! :D 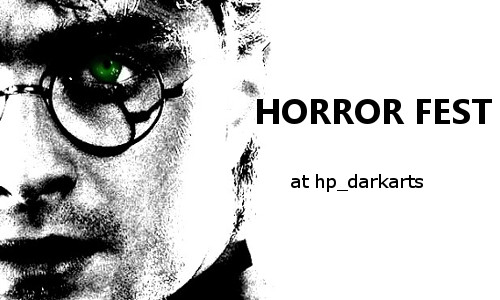 Are you looking for an excuse to write more dark femmeslash before the Darkwitches exchange fest? If so, then come and check out the delicious prompts at Horror Fest and leave us a few more! Prompting closes on 8 February and claiming opens 10 February.

femmefest, is currently holding sign-ups for their 2014 fest!

Banner takes you straight to the sign-up page :) It's your last chance to take part, as sign-ups close tomorrow on Monday 20th January!

They are another of the very few femmeslash-centric fests for Harry Potter, so as femmeslash HP fans (and as they always produce absolutely wonderful fic and art), what are you waiting for?! Go and sign-up! :D
Collapse